Live music, unique arts and crafts and fantastic food are just some of the things to look forward to for the upcoming Pork in the Park Barbeque Festival in Salisbury, Maryland. Our line-up for 2015 is coming soon!

The Soulful Tones Band has been called one of the hottest Bands on the Eastern Shore. The S.T.B blends an authentic mix of Soul, Funk, Disco, R&B, Go Go, Reggae, and Pop into a excellent repertoire that is guaranteed to make you dance the night away. We have highly polished and experienced musicians who display a high caliber of showmanship and exude style and energy on the stage. The S.T.B bring you hits from Michael Jackson, Earth, Wind, and Fire, The Bee Gees, Bar Kays, Dazz Band, Alicia Keys, Mary J. Blidge, Ciara, Ace Hood, Beyonce, Rhianna, Katy Perry, Doobie Brothers, and many more. So if you are looking for a variety of music instead of the same old songs that a lot of different bands are playing, check our schedule out and Get Up, Get Down, and Come Get Turnt up wit Us!

The Barren Creek Band was formed in the early 90’s by Dave Davis. Originally focused on country and oldies covers, the band evolved into more of a classic rock theme and has been entertaining folks on the Shore for the past 20 years.  The band received a devastating blow in February 2010 when founder and band leader Dave Davis passed away. The band continues to play in his honor with Clay Bailey (lead guitar, harmonica, vocals), Bob Drehmer (keyboards, harmonica, vocals), Steve Woolston (lead guitar, vocals, sound), Tom Mavity (bass guitar, vocals, sound) and Mike Litte (drums, vocals).

"The singer/songwriter duo has garnered a loyal following as the main event at a variety of bars and pubs, and as a generally adorable example of what happens when a brother and sister are friends first, siblings second, and innovative musicians all the time." Musically, they meet up around pop with the occasional country standard thrown in, but nothing is off limits for alex&shiloh.

Ass kickin, beer drinkin, modern and classic country music done the way we know you like it!  Based out of Laurel, Delaware, band members include Bo Dickerson on vocals, David Hastings and Jordan Harper on guitar, Brian Licinski on bass and Neal Rudolph on drums.  Influenced by all true Country and Southern Rock outlaws, the band is inspired by music greats including Hank Jr., George Jones, David Allan Coe, Lynyrd Skynyrd and Jamey Johnson.

Randy Lee Ashcraft has been entertaining people all over the country for over 20 years and has returned home to the Eastern Shore to perform for his favorite fans! A former Green Beret in the United States Army, Randy has released five albums, which combined have sold over 20,000 copies to places as far reaching as Europe! In 1999, he received a citation from Governor Parris Glendening of Maryland honoring his "dedicated efforts to share the beauty of the Eastern Shore of Maryland region through his music and the song 'Shore Thing'." Randy has opened for several national acts such as Joe Diffie, Colin Raye, Lonestar, Cherie Austin, Toby Keith, Travis Tritt, Phil Vassar, Aaron Tippin, and Sawyer Brown, and more recently in 2011 - for Josh Turner and Sara Evans. He was the winner of the 1997 Jimmy Dean/True Value Country Music Showdown and the Independent Music World Series held in Philadelphia, PA. He was the first and only country music artist EVER to win the latter! Randy is also the '02, '03, '04, and '05 winner for Best Entertainer/Singer of the Eastern Shore, the '03, '04, and '05 winner for Best Singer/Songwriter on Delmarva, and the '08 Entertainer of the Year as presented by the Coconut Times.

Rising up from the quaint Eastern Shore towns of the Chesapeake Bay, this newly formed six-piece band, Uprizing, has stumbled upon a unique sound of R&B, funk, reggae and classic rock that is quickly taking the shore by storm. Featuring several vocalists, a guitarist, a bassist and a drummer, their unmatched versatility and through-the-roof energy makes them the area’s top dance party band. Dishing out a mix of funk and R&B classics mixed with modern top 40 hits with splash of reggae, Uprizing is guaranteed to keep the crowd moving.

A major player on the East Coast music scene for the last thirty years, Tom Larsen is one of the most dynamic, original and exciting performers on the blues scene today. Not the run-of-the-mill, business-as-usual blues act, this is a fresh, new direction for blues. Tom features all original songs with a unique and distinctive new style, delivered with an energized, danceable, house-rockin' show, tailor-made to shake up the audience.

A seasoned veteran of the festival scene, Tom Larsen is still on the cutting edge of modern blues. Not content to follow the rules and copy the old styles, Tom continues to forge his own trail in the blues world. Get ready to take a walk on the wild side!

Such Fools are bound together on a quest for a meaningful musical experience amid the vast cultural wasteland known simply as "Delmarva." They are as diverse as their backgrounds. Mickey Justice, a singer of fine songs, a keen player of most everything and a Fool, is a highly skilled master of the treble clef and was raised in the hinterlands by a family of Dire Wolves from the fabled village of Frontier Town. Todd Smith, a singer of fine songs, master of all in the realm of the low notes and a Fool, was raised on the mean streets of Detroit, armed with an upright bass in one hand. And in his other hand, was the rest of that upright bass. As everyone knows that an upright bass is nearly impossible to carry with just one hand. Dick Morris, a singer of fine songs, distracted noodler of guitar and a Fool, was seduced at a young age by the rich, yet archaic medium known as the vinyl record album. He is currently making his third attempt at a freshman year studying the mysterious branch of applied physics known as String Band Theory. 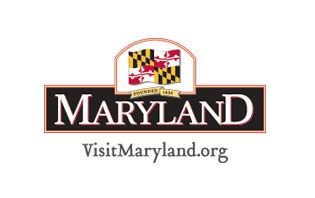